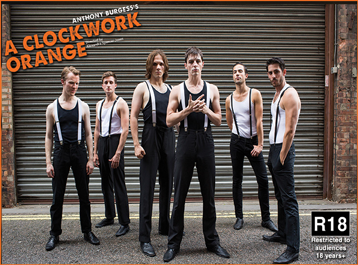 Banned for over 30 years, the all-male cast version of A Clockwork Orange makes its debut for the first time, here in Singapore. This testosterone-filled physical theatre ‘horror show’ exquisitely captures and transcends the spirit of Anthony Burgess’s original literary masterpiece, more than 50 years on from its publication.

Join the psychopath protagonist Alex DeLarge and his droogs in Manchester’s underworld of violence and sex. Get high at Korova Milkbar and embark on ‘a little of the old ultraviolence’ with the droogs before being reprimanded through a morally repugnant treatment by the state prison.
Through the eyes of Alex, a psychopathic teenage delinquent, explore the violent nature of humans, the free will that humans have to choose between good and evil and ask yourself, if the desolation of free will is a solution to evil?

Be the first to know about our upcoming shows. 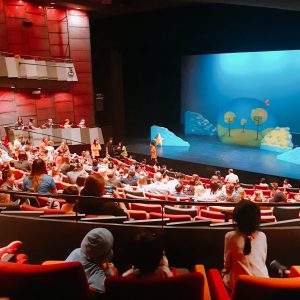